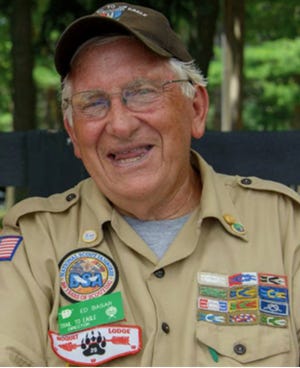 ADRIAN – To the untrained eye, it was a chaotic scene at Bohn Pool. Swimmers aged three to 18 jumped in and out of the pool, ran, laughed and cheered along the edge while timekeepers and race organizers searched for the next racer due in an 82-event meeting.

Rob Petkus chimed in and coached the Bohn Pool Waverunners swimmer by swimmer. For him it was a welcome sight.

“This pool has been here and has a team longer than I’ve probably lived,” he said. “It’s just nice that the community still has that.”

The Waverunners ended their regular season Wednesday afternoon with a 440.5-356 win over the Green Hills (Ohio) Swim Team. Competing against a team of comparable, if not equal, size, Bohn took control mid-match and ended the undefeated regular season with a decisive win.

It’s another win for Bohn and an even more commendable finishing record that puts her squarely in position for back-to-back OMSSL titles. But it’s also a sign of continued growth, as the Waverunners beat programs of smaller and equal size alike.

Petkus, the girls’ swim coach at Adrian High School, has been with the Waverunners since he was a swimmer in the mid-2000s before becoming an assistant coach nine years ago.

Now, the head coach, he said attendance is higher than ever.

That’s a jump of almost 30 more swimmers from last summer, when Bohn attracted about 60 kids who were new to the sport. Petkus said the only summer they haven’t grown in his tenure as head coach was 2020, largely due to COVID-19 precautions.

Even then, he added, there was no drop in attendance as the Waverunners adjusted to unfamiliar conditions.

“Our percentages are just skyrocketing,” Petkus said of the growing engagement.

Citing word of mouth and the efforts of other veteran coaches as the most valuable promotions, Petkus said Adrian’s Maple Pride program has made it easier to attract inexperienced swimmers and continue a cycle of continued success.

With the numbers under control, Petkus can enjoy coaching both experienced and new swimmers as they continue to improve their skills and grow together.

“Those who swim year-round will be entering new events or just new races that they’re not really used to,” he said. “Then, all the newer kids, it’s been amazing to see the changes: being able to do flip turns. Being able to go from not sure if I need to save her in a 25 to being able to make the 100 (freestyle).

Bohn has also encouraged older swimmers to mentor younger ones through a leadership council and serve as “role models,” Petkus said. It’s another cycle that bodes well for increased participation in YMCA swimming and at the middle and high school levels.

“We always use this as one of our first stepping stones,” he said. “Here we draw your attention to it. From there they just work and get better.”

With the lingering possibility of a new pool being built, strong numbers will be crucial. Scenes like the one at Bohn Pool on Wednesday will more than help this ride.

“We hope everyone agrees that this pool is important to the community,” he said. “It seems like everyone is getting together and having a great time poolside for these teams.”